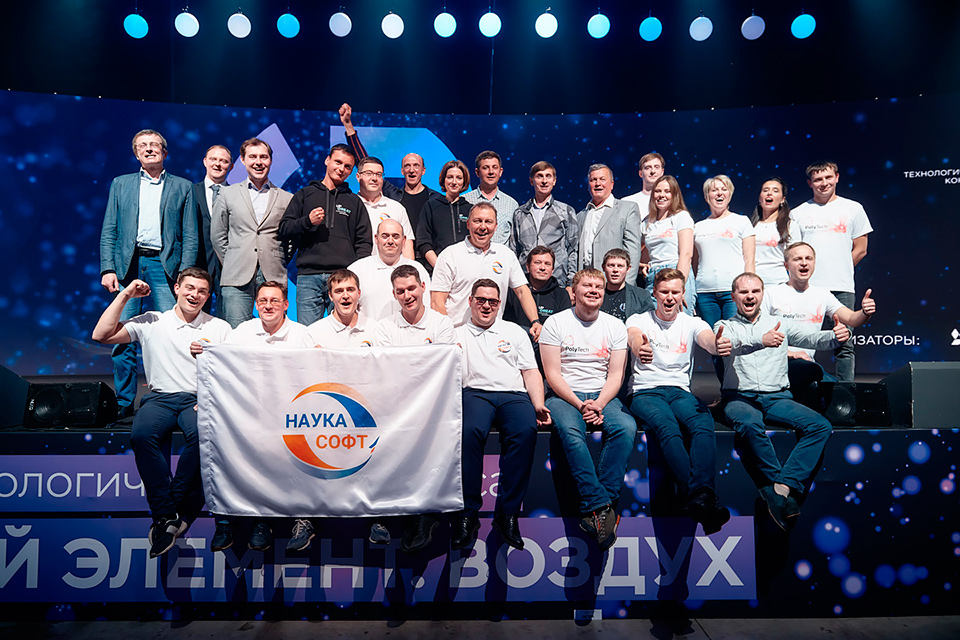 The first Russian tests among developers of hydrogen power units held on July 12th in Moscow as part of the Up Great technology contest "First Element". According to the tests, the best performance was achieved by the team of "Unmanned helicopter systems" and "Polytech", which brought together the experts from the M.I. Platov South-Russian State Polytechnic University and "InEnergy". The contest is held by RVC, Skolkovo Foundation and ASI in order to implement the National Technology Initiative.

The best results were obtained during the test flights that took place at the Crocus Expo International Exhibition Center. The participants of the "First Element" contest had to develop a power unit — an analogue of the battery — based on hydrogen fuel cells for small unmanned aerial vehicles with specified performance. The contest task was to create a 1.3 kW power unit with specific mass energy consumption of at least 700 W*h/kg and max. mass of 7 kg. The developers had to mount the created power plant on a special multicopter platform so that it should stay in the air for at least three hours.

According to the results of bench tests, two teams – "BVS" and "Polytech" – managed to reach the target energy intensity of 529 W*h/kg, and their installations stayed in the flight load mode for two-and-a-half hours. This value for battery-powered drones today doesn't exceed an average of half an hour.

Despite an excellent performance which was an important step towards the creation and testing of new energy sources for drones in the field, the technological barrier of the contest has not been overcome. Therefore, the prize fund of USD 9.4M going to be allocated for the next Up Great contests.

"The participants of the "First element. Air" contest were confronted not just with a task to overcome the technological barrier, but also to learn to think in the paradigm of global technological challenges, to be able to offer a solution that will bring us closer to the development of fundamentally new technologies in the field of hydrogen energy. And the finalists coped with this task, despite the fact that they failed to overcome the technological barrier. They were able to develop promising innovative products that will enhance the development potential of the drone industry in Russia and worldwide. The final of the contest has once again confirmed that our country boasts a powerful technological groundwork and scientific developments for integration into the new hydrogen energy global market which is actively evolving today," said Alexander Povalko, CEO of RVC.

"If we learn to produce hydrogen fuel cells that extend the operating time of drone engines not just for 3 but for 10 hours, it will grant access to completely different markets for our companies and offer absolutely different opportunities. It will be a revolution in the aviation industry. We are already witnessing a huge global competition – who will capture the air taxi market. The main players battle out for the top spot, but soon we will catch up to become the second. To reach the goal, we do not count on free state money "for an idea", "PR in the media" or a pack of reporting waste paper, but on functional technological solutions, with high-quality software, based on engineering analysis. The best of them will win money and fame," said Dmitry Peskov, the special representative of the President of the Russian Federation on digital and technological development.

"The first final of the Up Great technology contests has taken place. And even if it wasn't marked by overcoming the technological barrier, it is still a great success for participants and organizers of the "First element" contest, and entire Russia's innovation ecosystem. History knows many examples when competition did not reveal the winner within its tasks and timeframe but spurred the emergence and development of entire industries. The contestants were confronted with a really challenging and ambitious task and the prospects of resolving it were not obvious at the beginning. And the fact that the finalists were just a step away from its solution opens up significant opportunities for the development of hydrogen energy in general and, in particular, for the use of hydrogen engines in the aircraft segment worldwide. We are proud that this breakthrough was achieved in Russia by a team of Russian scientists and engineers, and are ready to provide further support to their efforts that will overcome the barrier in the near future," said Igor Drozdov, Chairman of the Board of the Skolkovo Foundation.


About Up Great Technology Contests

Up Great are the largest technology contests in terms of the prize fund in Russia. Competition mechanics are designed on the model of prestigious international competitions XPrize, Darpa Grand Challenge, etc. Participants are suggested to find solutions to the most complex technical problems that the world has not had solutions yet. The winning team, which has overcome the global technological barrier, receives a large cash prize – up to USD 3M – for the demonstration of a clear and repeatable decision of a competitive task to experts, the jury and the public. In 2018, the first Up Great contests started: "Winter City" and "First Element" The operator of Up Great technology contests is RVC. Co-organizers are ASI and the Skolkovo Foundation.